The Undergraduate Student Award is made on the basis of the most outstanding piece of individual work by an undergraduate student at a participating Australian or New Zealand university. The winner of this award receives a plaque, travel to Melbourne to attend the award ceremony at the ITE-ANZ Annual Breakfast Meeting and a cheque for $1,500 .

This award is kindly sponsored by Trafficworks Pty Ltd. 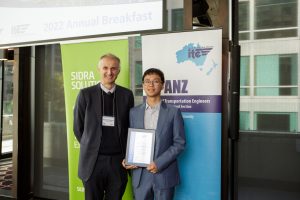 Jack Wang accepts his award from Emmanuel Natalizio of Trafficworks 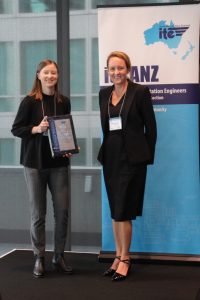 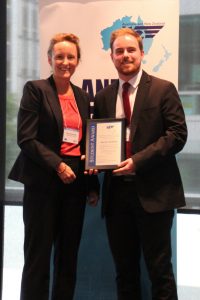 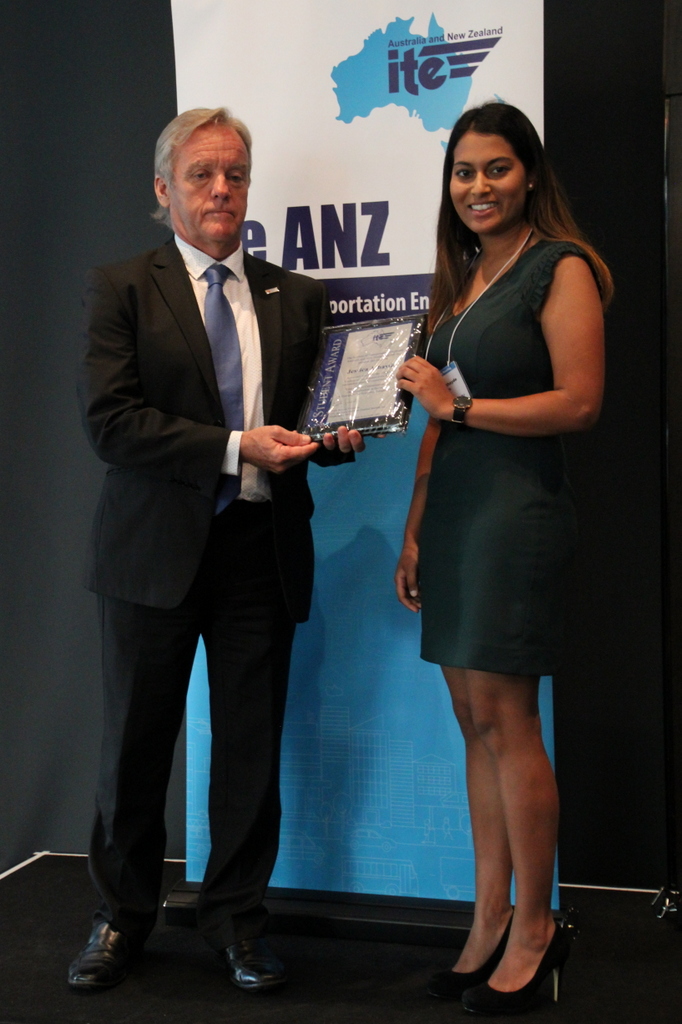 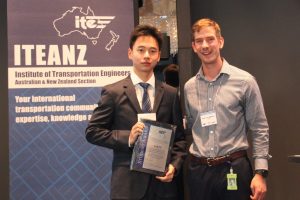 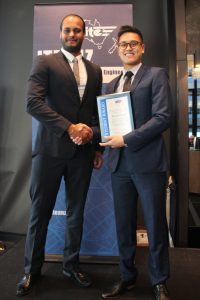 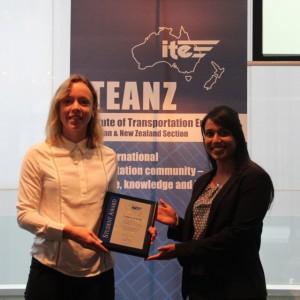 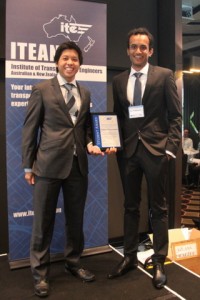