President of the Young ITE-ANZ 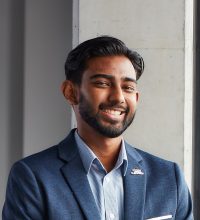 Nikhil is a Transport Engineer based in Ratio Consultants’ Cremorne office and is the president of the Young ITE-ANZ Committee.

From an early point in his life, he was exposed to the transport engineering world and has since been fascinated by how to be best involved in advocating a shift to more sustainable and resourceful forms of transport and connecting with like-minded individuals.

His involvement began with ITE-ANZ in 2021 where he joined the Young ITE-ANZ committee as Vice-President and has now stepped up into the position of President. 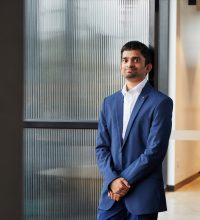 I am a First-Class Honours Graduate from a Bachelor’s Degree in Civil and Infrastructure Engineering at RMIT University and am currently working at Ratio Consultants as a Traffic Engineer. I am interested in growing my knowledge and engineering skills as well as gaining experience in the industry while building connections through my involvement in YITE and ITE-ANZ. I seek to continually improve, learn from those around me and work with other professionals from a variety of industries to provide great outcomes and high-quality advice.